Still tiling after all these years

S.D and I have taken a break from hiking and biking and are currently focused on finishing our unfinished basement. It's a great space, big and dry and in desperate need of a bathroom, sheetrock and flooring.

And so this winter we decided would be, what I euphemistically refer to as " adventures in suburbia part three". After getting to know and enjoy the neighbors and then gardening and obsessing over lawn care, we turned to the house itself.  No adventure in suburbia is complete without a bit of house renovation. Sure we had already stripped wall paper off every vertical surface and deep pile rug off every horizontal surface, hired contractors to renovated the upstairs bath and reframed a master bedroom out of two small rooms ( in our first two years as home owners) but now we felt it was time to get really serious.

Earlier this year we had the plumbers come and install the rough plumbing. After S.D. recovered from knee surgery he got busy framing out the bath and washer / dryer room. That was followed by numerous trips to Home Depot and several hours of web surfing as we tried to decide how to deal with the small window on the bath / shower area. The way the room was laid out, the bath/ shower area was 5x3 with a small high window on the long wall. Initially we had wanted to have a large shower stall. But we soon realized that either meant a 5x3 shower (which is the exact measurements of a full sized tub, or we'd need to make a smaller shower and loose the window. Being practical, resale-value-aware folks we opted for a more practical tub-with-window option. That option ruled out pre-formed tub units and left us with only one surround option; tile. 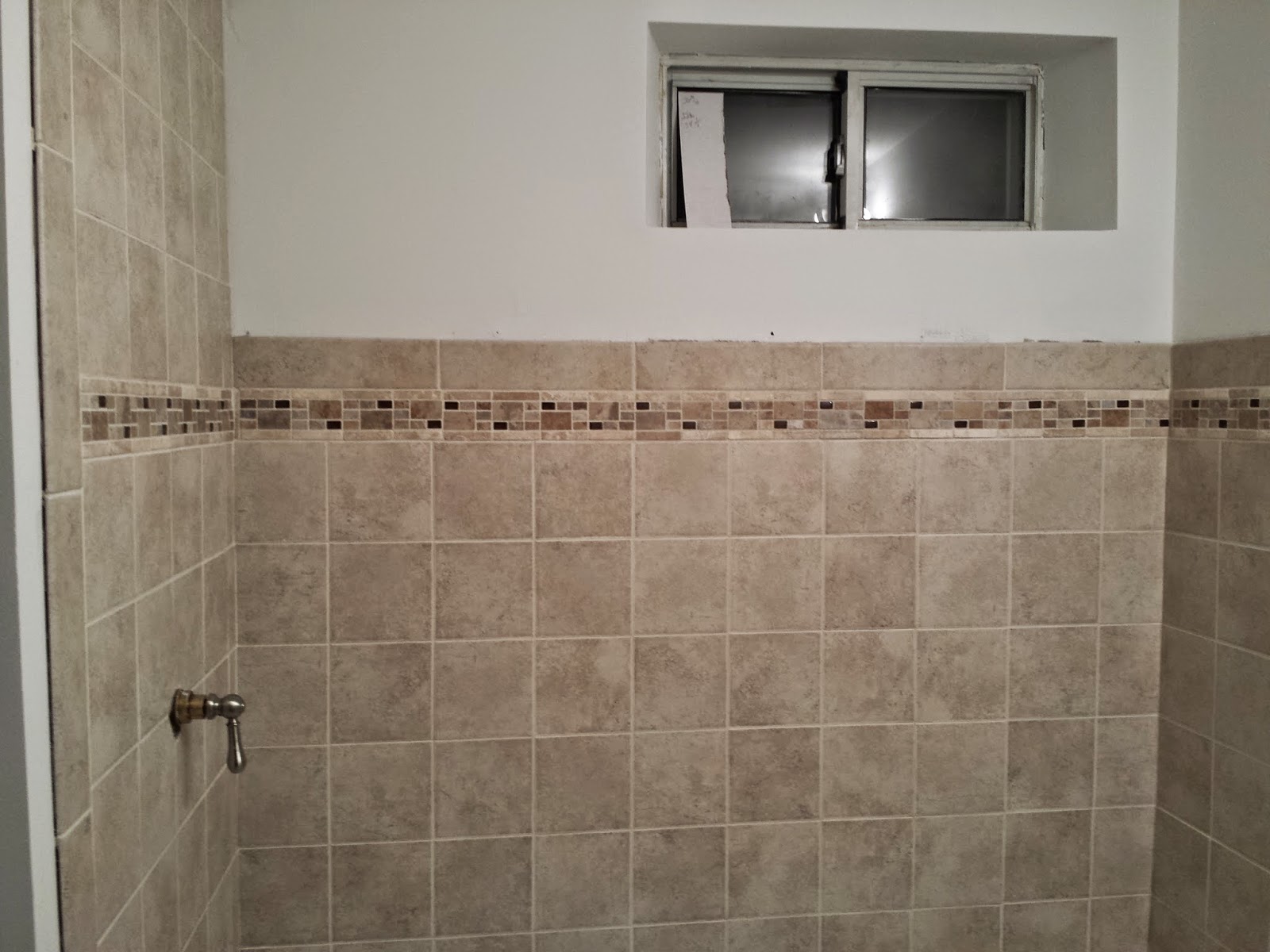 I'd tiled in my former life. A life I now refer to as my days as a construction site queen (Please note earlier posts on the downside of being a queen - a lesson learned much later) . In those days I'd show up young and limber to a professionally prepared bath /shower / floor / backsplash with all the tile and grout selected by the home owner. The "guys " on the construction site would pull out their professional grade tiling tools. With their giant drills they'd mix the thinset or grout and be on standby with a tile saw to make any necessary cuts. I basically spread the thinset, placed the tiles and grouted them. And then cleaned up and went home in time to meet the girls getting off the school bus.

Tiling as a middle-aged suburban homeowner turned out to be a totally different experience. First, I had to pick out the tile and the grout, or rather S.D. and I had to. Neither of us is fond of shopping or even decorating so that made for some fun. Then we had to gather all the tools erring (and erring we did) on the cheap and easy side. Furthermore S.D. had to frame the space and we had to install the backerboard ourselves! It was at this point in the return to construction work that I began to refer to my former vocation as that of a construction queen.  The reality was dawning on me of just how much prep work had been done for me. Not only did working with the crew make the job easier, it also went faster. I'd lay some tile and viola the next day the plumbing would be finished. Now we had to do each and every step ourselves. It certainly brought a new perspective to the job.

All that aside, two nights ago, a mere six months after starting, we finished with the tile. twenty five years after my last job and I can still lay and grout tile like I used to. Although honestly I don't remember being so sore afterwards.