On the Road Again, and White Knuckling All the Way The route from Beverly, Ma to Foxburg, Pa. is not the road upon which to end a road-trip hiatus. From MA 128 to I-95 to I-84 to I-81 to I-80 one drives on a primarily two-lane highway paced by enough cars to fill a four-lane highway, all driving at a speed exceeding the speed limit by a minimum of 15 mph. Added to that are numerous construction zones where traffic is funneled down to a single lane, with no shoulders and Jersey barriers brushing against side mirrors.

And yet, that is the road upon which we set out earlish Friday morning of our 8 day road trip. Leaving the house just early enough to squeeze under the Boston morning rush hour we passed Hartford, CT just as their rush hour was in full swing. Of course, after more than a few trips through NYC at rush hour the idea of Hartford's rush hour is just plain silly and provides an amusing diversion. Debating the pros and cons of the commuter lane (which ends 2 miles before reaching downtown), and the haphazard placement of various left exits, we quickly breezed through the capital city. 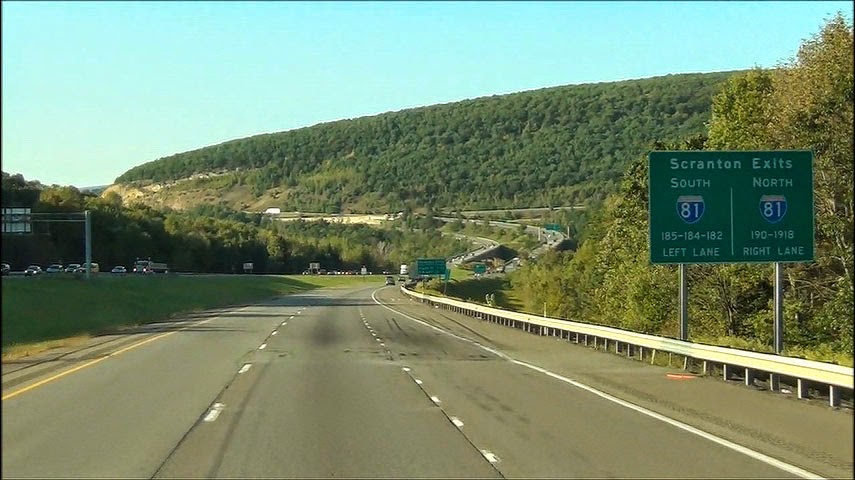 Somewhere between Hartford, CT and the Danbury, CT we switched drivers, and it was my turn  behind the wheel. Aside from the person in the passenger seat channel surfing at the speed of light, gripping the door handle and slamming his brake foot against the floor, the ride went relatively smoothly until we crossed the Hudson and entered Pennsylvania. While Scranton, PA may conjure visions of Dunder Mifflin for some, for me Scranton, PA evokes Harry Chapin's "Thirty-thousand Pounds of Banana's" and visions for terrifyingly steep hills and curving highways. And that, with the addition of an eternal construction
zone was exactly what I drove through, all the while maintaining a steady 72 MPH, and a blood pressure of 132 over 97.

When we finally reached I-80, it was time for lunch and we soon learned that in between 2007 and 2014, Pilot truck stops and Subway have successfully colonized every single exit from Drum to Foxbuurg

. This is good news for those wanting a relatively healthy fast food lunch, not so good for someone wanting to rationalize the necessity of a peanut M & M and diet coke lunch. 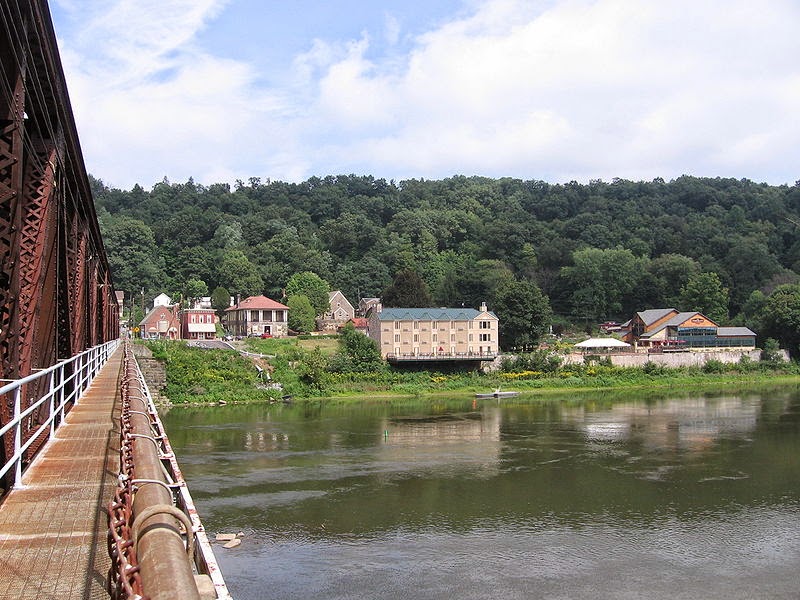 Back on the road, again, the miles seemed to go by slower every hour as the constructions zones, and tandem truck convoys became more frequent. For what was supposed to be an eight hour drive, this was beginning to feel like a never-ending endurance contest. And I was not winning. Finally, and only after giving up all hope, the Foxburg exit appeared. We left the highway and coasted down a long country road into an amazingly tidy, compact town on the Allegheny River. Our Inn, sited on the shore of the river and across from a Chocolatier and Wine Shop, looked just perfect.

There was a time when I'd easily drive to Michigan and back for the weekend. A time when 14 hours behind the wheel was like a trip to the corner grocery store. My road food of choice was peanut m & m's (for the protein) and diet coke (so I didn't gain a lot of weight for all the sitting and peanut m & m's). Highs and low of the journey included roadside stops and channel surfing. Sometimes there would be a great town, sometimes they were downright scary, sometimes you'd get a stretch of great tunes and sometimes, the radio too could be a bit scary.

But times change. The airplane was invented, the bicycle became a better option for around town, the train for going to work. I sold the car and started flying to adventures. The change expanded the range but also changed the nature of the adventure.  Peanut m & m's were replaced by Starbucks salads (and who can say which is the best nutritional choice.), layovers were highly researched and rarely surprising, music was pre-loaded on my phone, and never, ever, could there be any sing-alongs.

This week, however I return to the road. In one of those unusual circumstances where the necessary destinations / airport locations / travel time configurations lends itself not to flying but rather to road tripping. Over the course of 7 days we'll drive a minimum of 31 hours. Stopping along the way at places known and unknown. Visiting family, seeing new sights, grimacing at gas station rest rooms, drinking new craft beers, peanut eating m and m's and cranking up the tunes as we roll west to Pennsylvania and then on to Michigan, and home by way of Canada and Niagara falls.