We have not yet begun to beekeep 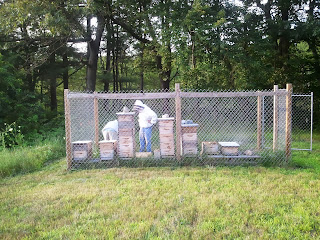 This morning, for the first morning in two months, our bees were up and out with the sunrise, the way bees should be. For the first time in recorded history they also have a productive and laying queen. 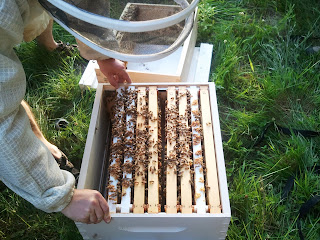 We did what we had to do to get a healthy hive. We got a new one. We posted a "hive or nuc wanted" message on the Essex County Beekeepers listserv and an awesome beekeeper from Billerica replied. Ken took us out to one of his beeyards (pictured left) where we sorted through a three box hive. He selected ten frames, one with honey and the rest with brood and honey, and gently placed them into our hive body. All of the frames were full of bees and although she was elusive, Ken located the queen and pointed her out to us. She's a big serious looking queen with a black abdomen and a long black body.

We will not give up the hive.
Posted by Kelly at 8:27 PM No comments:

Sorry for the recent lack of postings. We've been in a holding pattern but finally have some good news and some bad, eventually good, adventure news.

The bad news - S.D., after suffering with a lot of pain, and losing almost all range of motion in his hips is now waiting to be scheduled for hip replacement surgery.  If you want to perform virtual hip surgery, and who doesn't! check out EdHeads Virtual Hip Surgery.

Over the next 6 months or so he'll have both hips replaced and hopefully (good news) we'll be back bicycling and climbing mountains together next spring.  The surgeries and recovery process do promise to be adventures in and of themselves but I'm not sure how much I'll be writing about them. The adventures of being the primary care person for one such as S.D.  may not make for great reading. 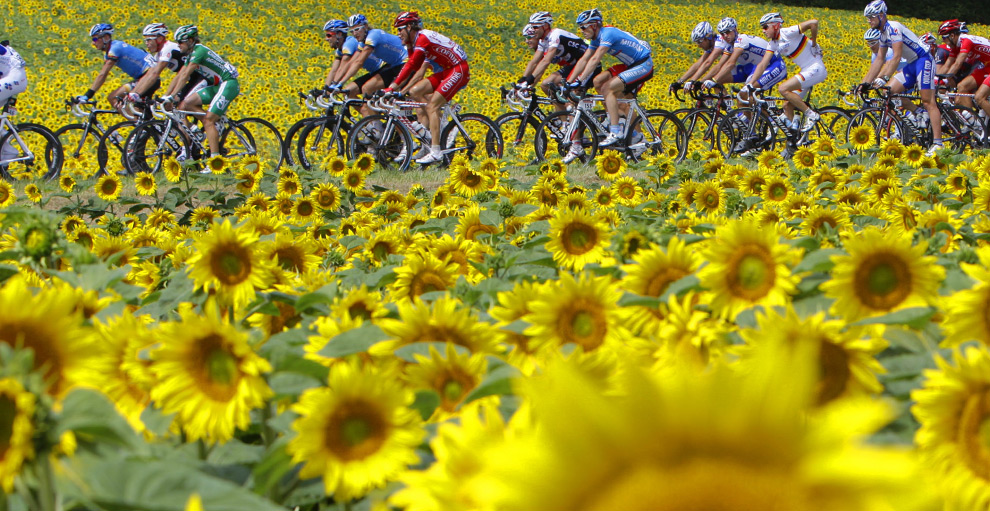 In the meantime I've been sidelined from any major kayaking because of my own hip issue, so have decided on the century option. It took a while to find something I could do that could be done on the North Shore and that either S.D. wouldn't ever want to do, or that I'd be happy to happy to do again.  Riding one hundred miles in a single day fit the bill perfectly.  It's been 4 years since the last one, and it's something I can train for without having to go too far from home.  Of course the minute I sent in my registration, the temperature rose to 93 degrees and my first 50 mile bike ride was like pedaling through a heat furnace. Luckily I now know some good routes, and places to cool off.

Also, it's July and I can always pretend I'm riding a stage of the Tour de France.