Back in the Mountains - Grizzly Peak and Mt McLoughlin

S.D. and I don't argue all that much but we often do have disputes over who is right about something or other. Topics can range from which direction we should take (I'm usually right), when is the best time to do something (S.D. usually wins - not necessarily because he's right), and on this vacation, what mountain is that (probably 50/50 on this one, not that anyone is keeping score).

On the third day of vacation we drove from Bend to Ashland, Oregon. Driving south along the eastern edge of the Cascade Volcanic arc, west over the pass at Crater Lake, then south again, we had lots of opportunities to play What Mountain is That?

S.D. correctly identified Mt.Theilsen and couple of others. Rolling into Medford, I looked East and identified Mt. McLoughlin. It's really hard to miss actually as it's snow covered peak dominates the valley.

The next day we set off on hike, not up Mt McLoughlin, but up a trail that promised fine views of the mountain and also of the Ashland Valley.  The Grizzly Peak trail is a 5.4 loop hike over and around a fire-balded peak just North of Ashland.  The trailhead is on the well-wooded East side of the peak.  You can only catch occasional glimpses of McLoughlin, but enough that you know it's there.

Hiking over to the West side of the peak the trail enters an area that had recently been burned over
during a forest fire. The bare burned trees still stand, even as the spring wildflowers carpeted the ground. It was hard to decide whether to look down at the all the wildflowers or up at the view.  Below us was the town of Ashland. Mt. Ashland rose just above it and to the left. The sky was blue, the sun was shining and for two recent escapees from the Longest-Ever-Winter-In-Massachusetts-History, it was glorious! It was everything we wanted from this vacation and more...and it really didn't mater which mountain was which. 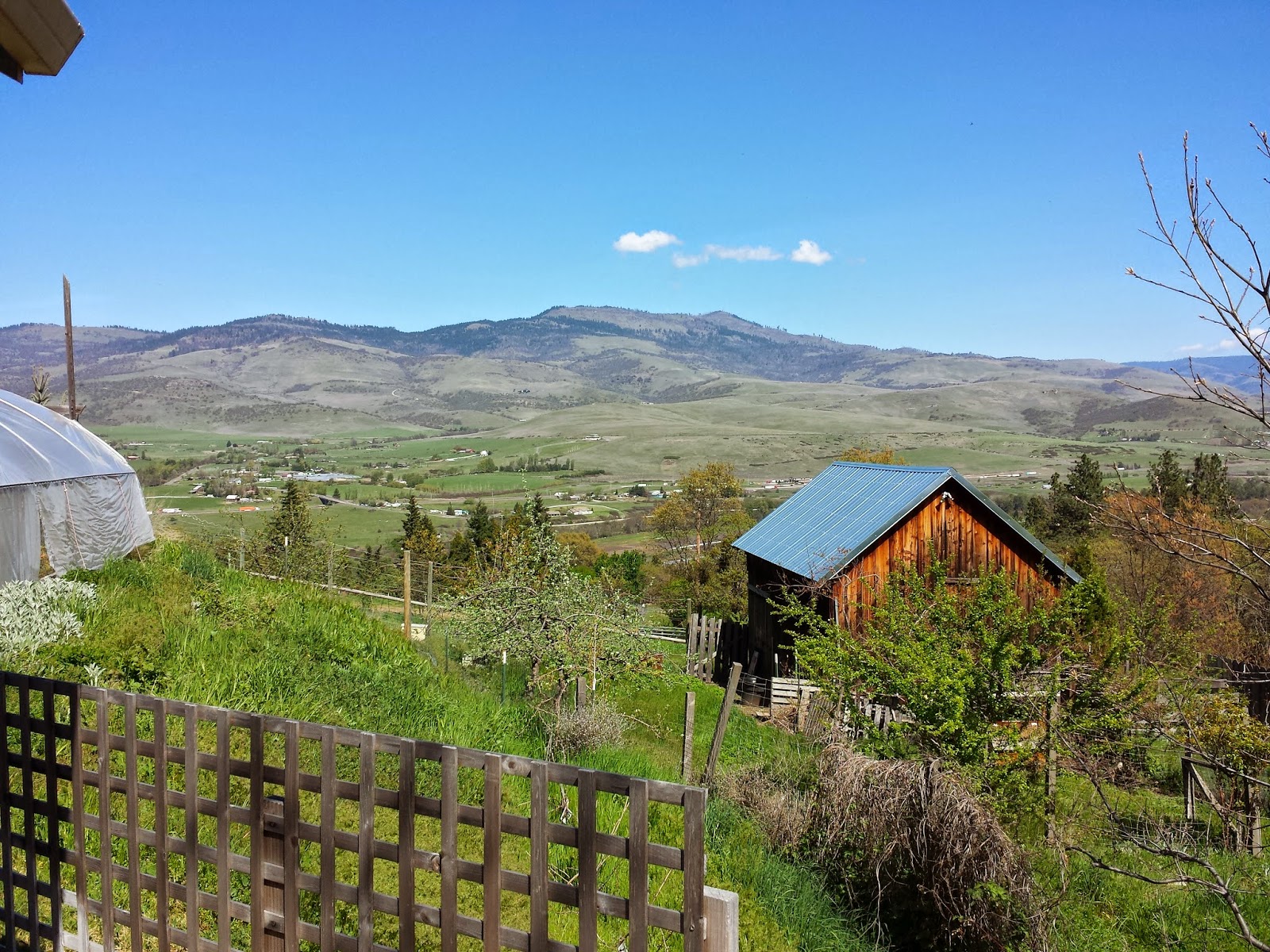 When we arrived back at our little cottage on the hill just a half mile south-west of Ashland I recognized the peak just to our North as Grizzly Peak. (S.D. didn't concede for another day)
Posted by Kelly at 8:50 AM No comments: