Everest and K2 (books about) 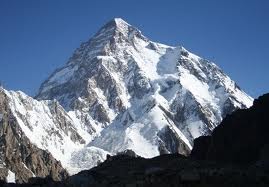 Ed Viesters has a saying, *Getting up the mountain is optional, getting down is mandatory'. My Himalaya's quote is not so dramatic, “It's not just about having a great book to read on the train, its also about making sure not to cry every time someone summits or dies" (both of which happen with great regularity).

During my own peak bagging lull, while we're bike riding on weekends in preparation for a week's cycling vacation in Vermont and Northern New York, I've been climbing The Big Ones (mountains over 8000 meters) vicariously. It all started innocently enough when a friend recommended Last of His Kind

, the biography of Bradford Washburn, the past director of the Boston Museum of Science, and lifelong climber of Alaskan Mountains.

Next someone lent me Edmund Hillary's account of his 1953 ascent of Mount Everett, View from the Summit: The Remarkable Memoir by the First Person to Conquer Everest

. That then inspired me to reread Touching my fathers soul

, a book by Tenzing's son who was part of the 1996 IMAX team. I'd read this book a few years ago as it talks a great deal about the Sherpa's, their climbing and culture. Then came Tom Hornbein's Everest: The West Ridge

. Which tells not only how Tom Hornbein and Willi Unsoeld climbed Everest via the West Ridge route but also contains great quotes about mountaineering by the great mountaineers.

Then somehow I start 'climbing' K2. The second highest, and some say deadliest mountain. First there was K2: the savage mountain

which is about the 1953 expedition. While one of the team members did die, it really is, as all the other mountaineers in the other books say, a book about the 'brotherhood' of climbers. The culture that makes for a great climb, instead of just a summit. K2: Life and Death on the Worlds Most Dangerous Mountain

, details all the climbing attempts on the mountain. 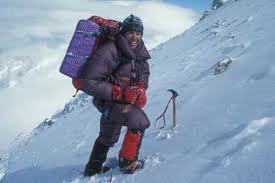 And then came Ed Viesturs. The name had come up repeatedly in the other books. Apparently he was this guy who had decided to climb all 14 peaks above 8000 meters, without oxygen. He was with Jamling Norgay during the 1996 climb of Everest (his first summit of Everest without oxygen), he climbed K2 in 1993, and finished his quest in 2008 with Annapurna. I'd read somewhere that he had, with the assistance of David Roberts, written a book/autobiography. No shortcuts to the top

is great! It is an honest look at an honest and really competent guy. Sometimes you wonder if he doesn't think a little too highly of himself, but then you realize, he's just relating the facts. It's the facts that speak highly of him. And he has a sense of humor. (Here's a clip of him on The Colbert Report)

It is said that books open up new worlds. Reading these mountaineering books I've not only seen worlds I'd never see in person, I've become slightly conversant in them, the people who have lived and died in them, the culture that is there, that congregates around the mountain,

And now, not only can I pretend to be in the Tour de France when I ride my bike, I can also pretend to be summitting K2, without oxygen, in 50 mph winds while hiking in the White Mountains.
Posted by Kelly at 8:13 PM No comments: